According to Irish singer-harpist Hilary O’Neill, Christmas is not Christmas without the blarney. Sharing stories has always been part of Irish culture, and combining them with songs and music is a tradition
reaching back to the ancient bards.

In her new show titled A Celtic Christmas, Hilary promises a joyful concert of carols, harp and blarney.
“While the audience will know most of the songs, I do include some lesser-known carols from other cultures,” says Hilary.“The stories I tell are drawn from both history and myth, and take the form of rhyming and rhythmic poems.”

In verse, she slices open a Christmas pudding full of stories to make you laugh and cry.
Situations we can all relate to – from patchwork extended-family gatherings, to the plight of trying to choose the right presents. She tells of ancient Celtic customs that have now become Yuletide standards, and anecdotes of crafty little people sheltering from wind, rain and snow. Hilary is a recent resident on the Sunshine Coast. Her concerts have been described as “Musical devotion with an inner feeling of warmth, humour and connection to the human spirit.” 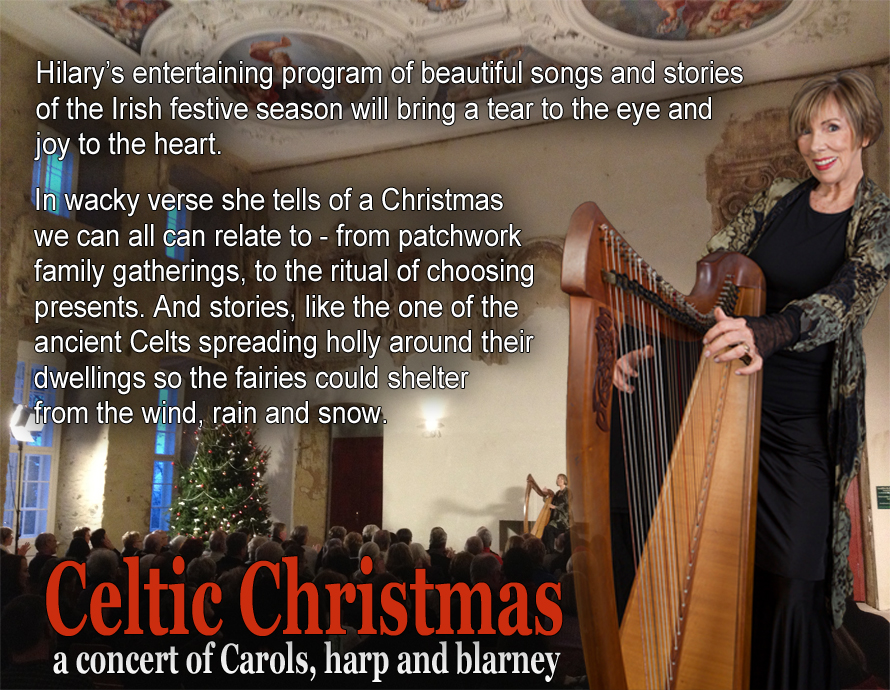 I'm a Stranger Here Myself

A tale about new beginnings

Drawing on her deep connection with Irish culture and her fascination for the edgy music of Broadway theatre, Hilary O’Neill brings to the cabaret stage, a mix of stories and songs, honouring those brave travellers in search of a new life in a strange new land.

Featuring the haunting melodies of Irish laments and the evocative stage-music of Kurt Weill, George Gershwin and Cole Porter.

In this production, Hilary O'Neill is joined by:
the brilliant and versatile pianist, Janet Brewer, 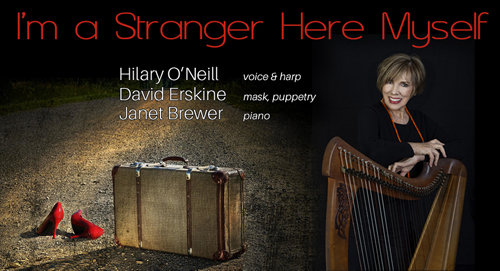 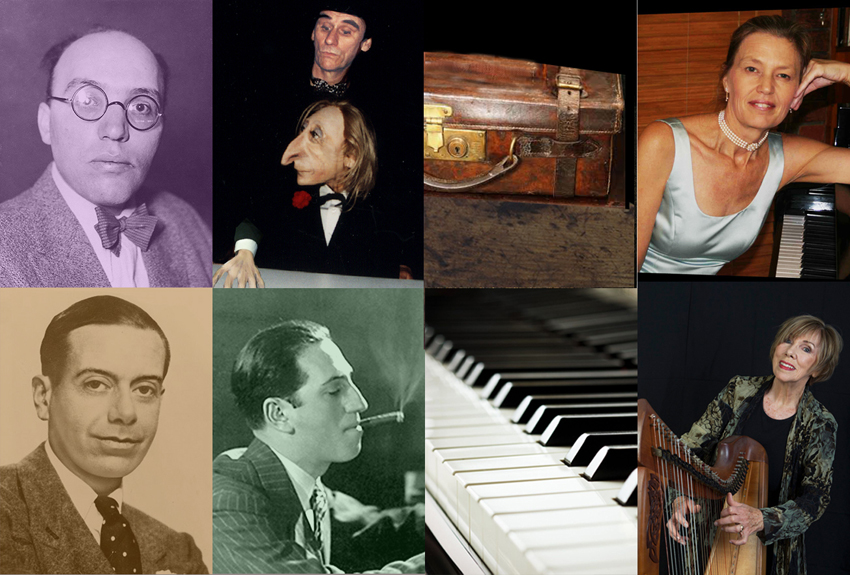 Join Hilary O'Neill on a poetic journey of songs, stories, harp and humour, as she unravels the life of the famous saint.

The enthralling tale of Hugh O'Neill, Earl of Tyrone, and Rory O'Donnell, Earl of Tyrconnell, who fled Ireland with their followers for mainland Europe on 4 September 1607. This date marks the end of the old Gaelic order.
Hilary’s version of The Flight of the Earls is an entertaining program told in verse, interspersed with beautiful songs and Celtic Harp. 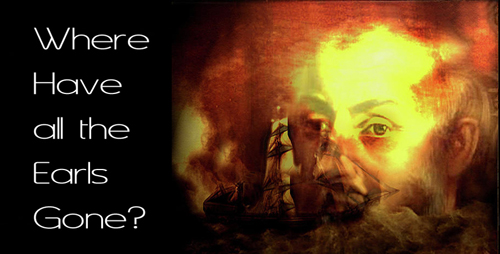 The Earl does sit and twirl
the curl of his forelock.
Takes stock of strategies,
reviews the tragedies of past battles,
truces, treaties, warriors, weaklings.

A bird does sing in the garden fair.
A song so sweet to smooth the beat
of war drums still resounding,
ever pounding in Hugh O’Neill’s head.